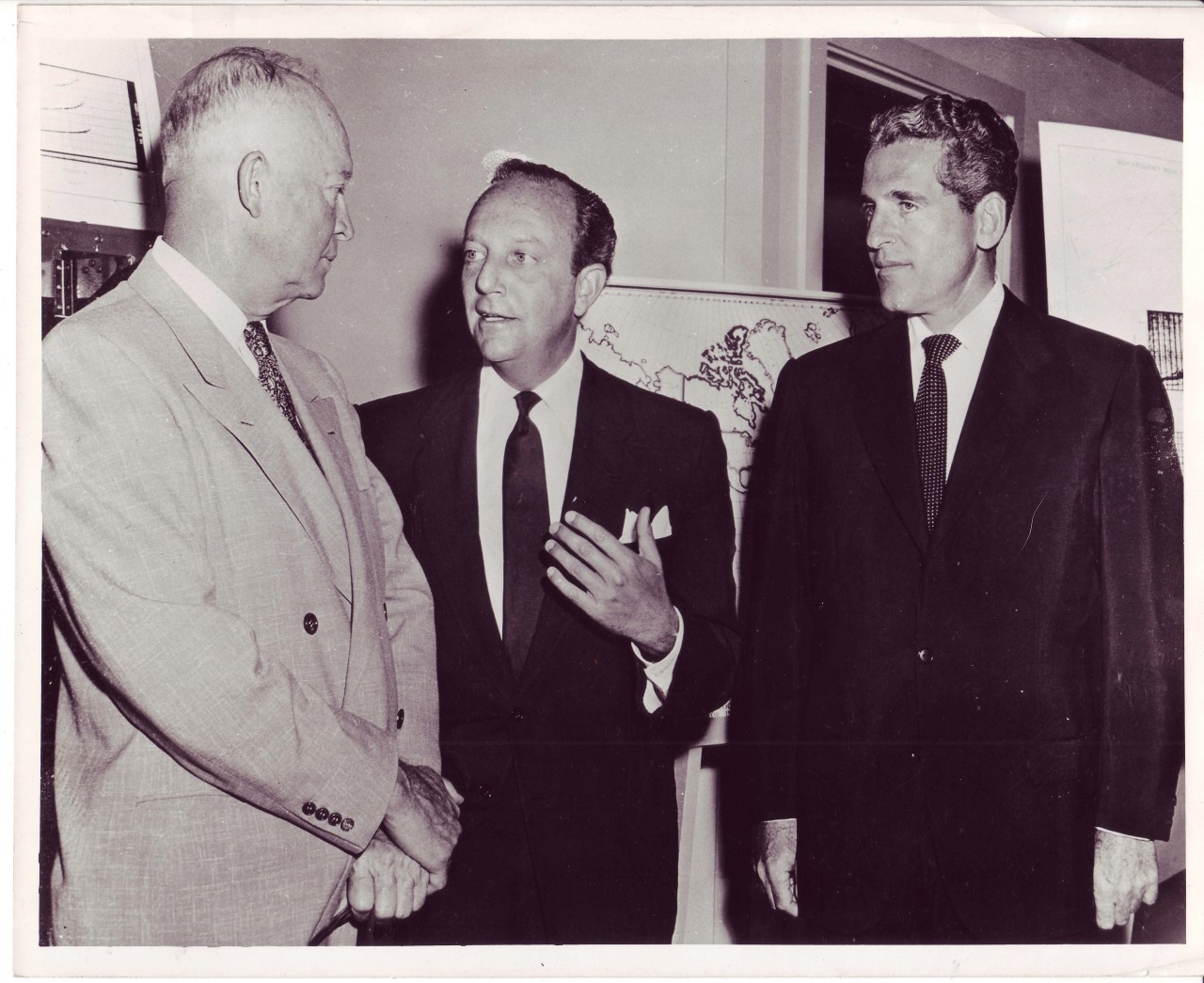 I like to say that Charles Luckman, the architect of the Prudential Center in Boston, is the most important postwar American architect that you’ve never heard of.  In the 1960s he ran one of the largest firms in the country and was responsible for many large-scale urban development projects, including the Madison Square Garden and Pennsylvania Station redevelopment of 1965 (after the landmark McKim, Mead & White structure was taken down by the Pennsylvania Railroad to maximize its profits on the site).

Before they parted ways, Luckman was paired with the design architect William Pereira.  (There is more on this in the book!)  This picture — from the Charles Luckman Papers, circa 1955 — indicates the prestige that the firm enjoyed in the 1950s.  Here the architectural duo of Charles Luckman and William Pereira meet President Dwight D. Eisenhower.  Pereira looks a bit stiff — he may have been more comfortable wearing a smock and sitting at the drafting table — but Luckman is at ease speaking with the President.  Pereira & Luckman were doing a lot of work for the U.S. Government in the 1950s, including a series of air force and naval bases both in the United States and Abroad.  P & L were the planners and designers of Edwards Airforce Base in California, the NASA space facility in Cape Canaveral, and the NASA Manned Spacecraft Center in Houston.

2 thoughts on “Luckman, Pereira, and Ike”